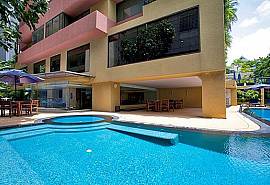 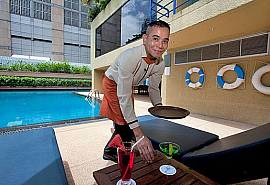 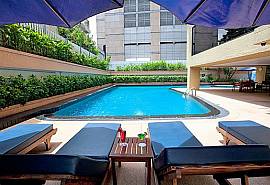 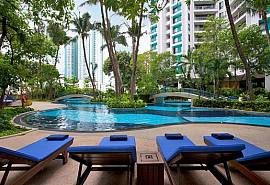 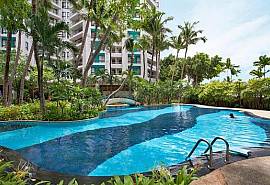 Wat Srakesa Rajavaramahavihara, more popularly known as Wat Saket, Phukao Thong or the Golden Mount, is among Thailand’s most revered temples. Home to some of the kingdom’s highest ranking Buddhist monks, Wat Saket hosts a number of worship ceremonies and celebrations throughout the year , some of which attract tens of thousands of people.

Inside the Wat Saket compound is a low manmade hill upon which sits a gleaming gold chedi, within which is contained a Buddha relic. The landmark can be seen from miles around and once at the temple, the top can be reached by climbing some 300 steps which encircle the chedi. On a clear day, panoramic views of Bangkok can be enjoyed from the top.

Wat Saket dates back to the Ayutthaya era (1350-1767), and was restored under Rama I. The manmade hill was constructed under King Rama III, with Rama IV crowning the new hill with a chedi. Rama V added the chedi that stands today.

Click to browse all Bangkok villas and apartments for rent here.