Doi Suthep with its famous temple and Royal Palace is Chiang Mai’s sacred mountain; a place of pilgrimage for tens of thousands of Buddhists on the high holy day of Visakha Bucha in early summer. It’s also a tourist magnet, both for the spectacular Wat Prathat Doi Suthep with its glorious golden chedi holding a relic of the Buddha and for the spectacular views over the city and Doi Suthep National Park. A comfortable walk or short songthaew ride away are lovely Bhuping Royal Palace Gardens. 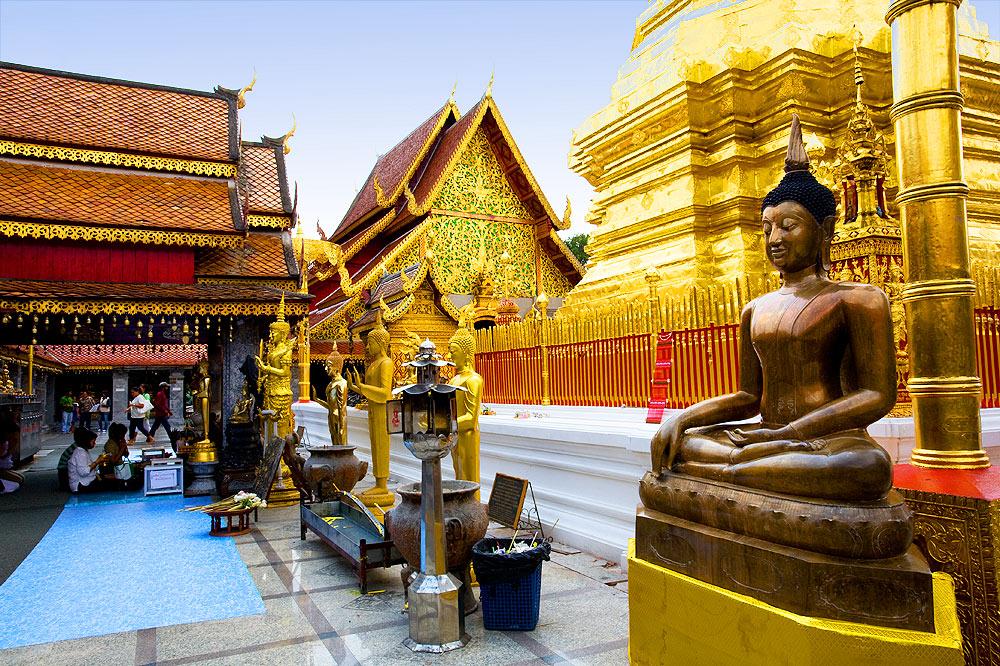 Wat Prathat Doi Suthep’s beginnings are shrouded in legend, but it’s reputed to have been built in 1383 at the heart of the northern Lanna Kingdom’s fame. The most popular legend tells of a monk, Sumanathera, and his mystic dream of finding a relic of the Buddha at Pang Cha. True to the dream, he found a magical bone and took it to Lanna, where the ruler placed it on the back of a sacred white elephant which climbed the mountain after roaming in the countryside and died at exactly the site where the Wat now stands.

It used to take five hours to climb the mountain to get to the temple until a thousand volunteers built the current road and reduced the journey to just 40 minutes.  Naga-lined stairs lead to the temple grounds, and there’s a cable car for those who don’t want to or can’t negotiate the 300 steps.  Running the entire length of the steps, the huge naga snakes are one of the temple’s highlights.  Their presence comes from the legend that the King of Nagas protected Buddha from a terrible storm, and so, in Thai Buddhist culture, the cobra is an icon of protection. 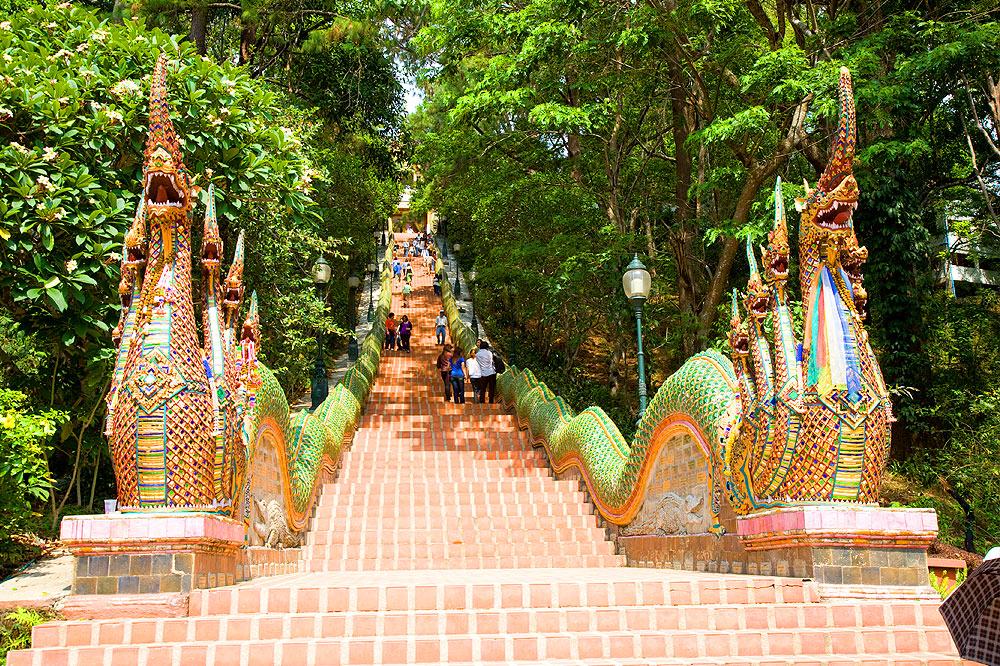 Entry costs 30 baht, although it’s free for Thais.  The temple is atmospheric and peaceful. The complex contains many ancient Buddha images cast in bronze as well as stupas. The central chedi is worshipped by all for its Buddha relic, and visitors can take meditation retreats in the grounds. 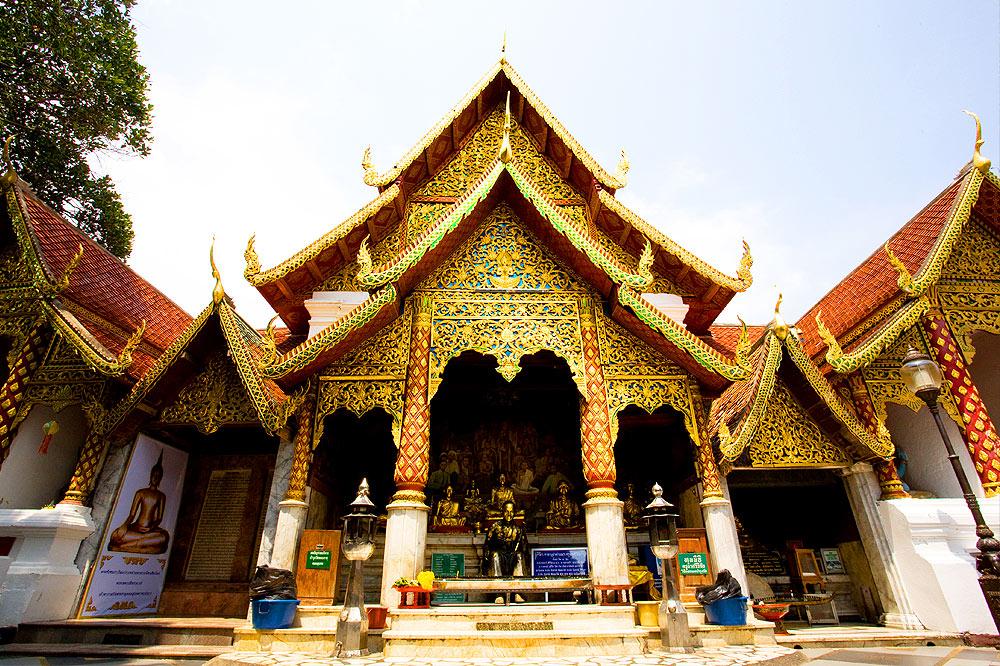 After reaching the shrine-laden open-air terrace follow the walkway in a clockwise direction to reach a viewpoint and a small sanctuary built in honor of the king that built the temple.The next stairway takes visitors to the main cloister and the temple's iconic grand chedi.  As you enter the main temple grounds visitors take in the White Elephant statue that pays tribute to the pachyderm that originally found the temple’s sacred spot.  Visitors’ first view of the Golden Pagoda is breath-taking, with gold leaf on the 52-foot structure glistening in the sun.

It takes visitors around an hour to fully enjoy the grounds of the Temple, although a variety of programs are available at the International Buddhism Center within the monastery compound.

On the far slopes of the mountain there’s a Hmong village, Doi Pui, interesting to visit although some consider it touristy and prefer nearby Khun Chankian Village. Other attractions include Huey Kaew Waterfall at the base of the mountain, and higher up you’ll find the lovely Mon Tha Than Waterfall.

Click to view all our available properties for rent in Chiang Mai.