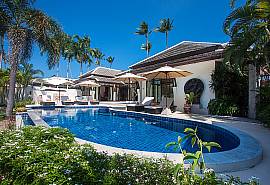 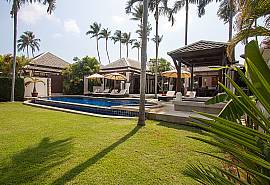 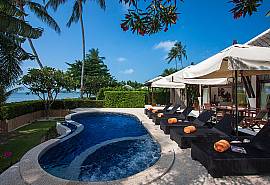 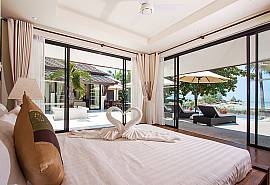 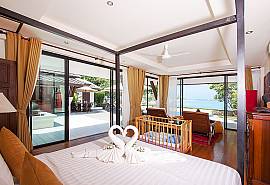 Sitting majestically on a small rocky island just off Samui’s north-eastern corner is the Big Buddha golden statue, built in 1972 and what is probably the island’s most well-known landmark and attraction. Known locally as Wat Phra Yai, the 12-metre-high seated Buddha statue can be seen from several kilometers away.

The Big Buddha temple is reached by a causeway connecting it to the main island, with the statue itself reached by climbing a staircase that features carved dragons. At the top are bells which can be gently rung while sounding out prayers to Lord Buddha. At the base of the statue are several different temples relating to different aspects of the Buddhist religion. Visitors can donate money and receive a water blessing from a monk. There are also shops and restaurants, for souvenir hunting and delicious snacks.

Buddhist devotees visit the Big Buddha temple daily to make offerings of fruit and flowers and to light incense. During festivals such as Songkran and Loy Krathong, the temple is crowded with merit makers. Along with offering an insight into local culture and religion, a visit to the Big Buddha temple affords great beach and sea views. At night, the Big Buddha statue is bathed in the golden glow of spotlights, creating an exotic sight.

As with all temples and religious places in Thailand, visitors are asked to dress respectfully. Women should cover their arms and shoulders and refrain from wearing short skirts. Men also should avoid wearing T-shirts or ‘short’ shorts.