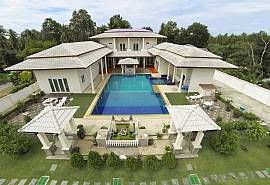 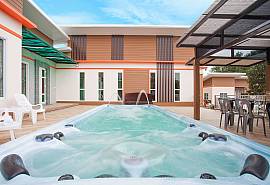 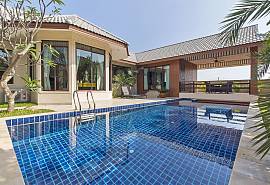 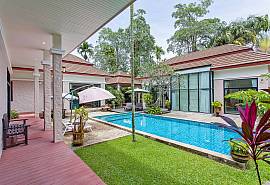 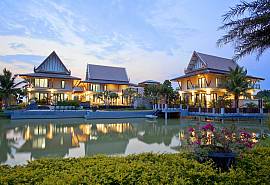 The park was built with the intention of showing visitors aspects of Buddhism and Chinese culture and philosophy.

The top floor contains Chinese statues and Buddha relics. From here, you will have a good view of the surrounding area. One of the smaller pavilions contains a white marble statue of the Chinese Goddess of Mercy, Guanyin. The other smaller pavilion contains 18 statues of Luohan Quan, a kind of Arhat boxer, with a fighting style said to originate from monks in the Chinese Shaolin Temple.

Outside you will find a number of ancient Chinese warrior statues. The very well kept landscaped area and the aesthetically pleasing design of the pagodas give the place a serene atmosphere.

The park opens daily from 10am until 5pm, on weekends until 6 pm. Admission fee is 150 Thai Baht per adult, 80 Baht per child.