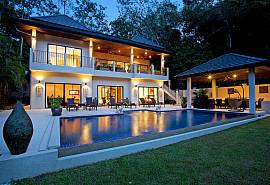 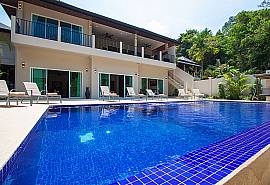 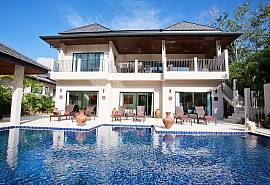 There are just a handful of hotels and some small (but delightful) restaurants, and most of the fun comes not from packed bars and pubs but rather from the area’s natural beauty. The beach has great swimming conditions almost year round, although swimmers should be careful of the sometimes powerful currents. Those into sailing will find the area’s local yacht club to be one of the country’s best.

Nai Harn is roughly 20 kilometres from Phuket Town, and if you look at a map you'll see that the main beach and bay are located on the southernmost tip of the whole island. Due this geographical position, the beach is in the direct line of most monsoons that batter Phuket in the rainy reason. This means that the sand at Nai Harn gets pounded up every year into an incredibly fine into soft material. The rains also replenish the water in the area, leaving it to be amongst the most clean and fresh found anywhere in Phuket.

Upon first arrival at Nai Harn, you may be wondering why this area has a noticeable lack of development. The main reason lies at the heart of the beach, where you'll notice a large temple complex. This religious site has a certain degree of influence on what is built and what is not, hence the lack of high rise hotels and noisy beach bars. You can also pay the temple a quick visit too, as long as you have brought something to cover your shoulders and legs, such as a scarf and long skirt. This show of respect is a necessary procedure at all temples in Thailand, regardless of whether they're located on the middle of a beach or not.

As well a this temple, the picturesque but short stretch of sand at Nai Han has an equally beautiful blue lagoon nearby. The lagoon also attracts many nature enthusiasts who come to see the wide range of birds that often stop off for a quick drink or seafood snack.

Things to do at Hai Harn

Most visitors to these parts come purely for what Nai Harn Beach has to offer. However, there is an adjoining bay (Ao Sen) which is just as beautiful. To access it, take the road running through Le Meridien's Royal Phuket Yacht Club at the end of the beach. At the top of the hill, you will be greeted with an awe-inspiring viewpoint with panoramic views of Nai Harn and across to Kata Beach and Karon Beach in the distance.

Snorkellingand kayaking are also popular with visitors. The the deep bay and rocky shoreline actually make this one of the best places to kayak Phuket. There is also a tiny offshore island which presents a tempting challenge for kayakers and occasionally swimmers, but watch out for strong ocean currents as you head out to sea. Kayaks are usually available for hire on the beach.

On the beach, you'll see most locals have thought ahead and brought their own lunch and refreshments. If the thought of spicy Thai food is a bit too much for you in the scorching heat, there are plenty of other options available nearby. One popular choice is the Italian restaurant on the hill which has a large open area to sit and live music starts when the sun goes down. Australian owned 'Rum Jungle' restaurant also serves up delightful Thai-Mediterranean fusion dishes that come at slightly higher end prices (closed Sundays). Those on a budget should try expats' favorite 'Kallot's' restaurant; the Thai and Western food here is a little more basic but so are the prices.

Click to view our complete range of Phuket villas and Phuket apartments for rent here.