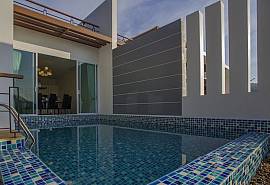 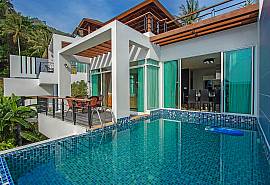 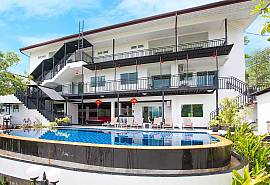 Big Buddha in Phuket is quite new, especially when compared to the often ancient temples and figures that fill this land, but it is nonetheless awe-inspiring and should definitely be seen by visitors to the island. Located atop a mountain, the Big Buddha is in a uniquely beautiful location that offers stunning views of both Chalong Bay and the Andaman Sea.

Originally planned and thought up of by an inspired group of friends, the entire project has been undertaken without any government support, but instead has been funded completely by donations. This is a testament to the piety of the Thai people but also to the determination and will of a small group of people to make their vision become a reality.

Today, the mountain is a spot not only for tourists to come see but also for devout Thais and Buddhists from all over the world to come and worship. Despite its name, Big Buddha Mountain in Phuket is actually home to two Buddha figures, not just the large one that is so eminently visible. However, both are nonetheless quite large, with the smaller of the two figures coming in at 12 meters in height. The larger one is an astonishing 45 meters tall, coming in at a cost of 30 million baht (about 1 million US dollars) and providing Phuket with a landmark all its own.

The mountain is very popular with visitors, receiving as many as 1000 per day during the high season. This can be off-putting for some who would rather not be bothered by crowds but it is still well worth a visit, especially for the jaw dropping views.

In a country with many thousands of Buddha statues, Big Buddha Mountain is still a unique site, and those visiting Phuket would do well to stop by.